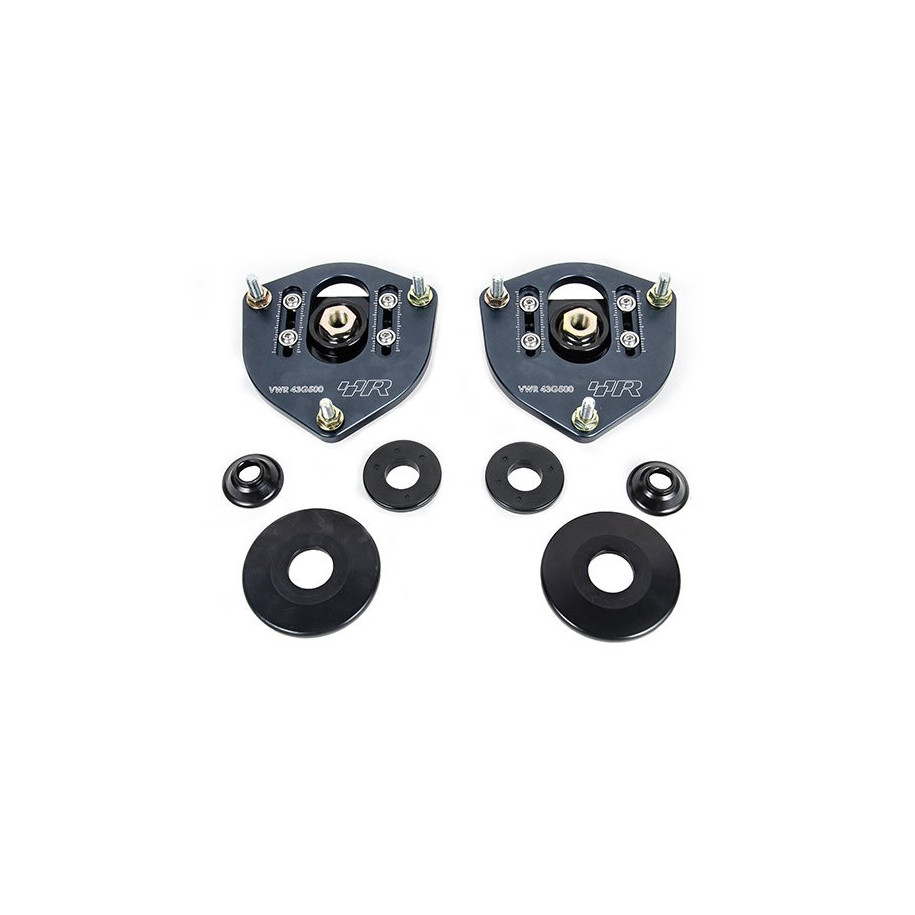 Geometry can be fun! Our adjustable solid top mounts will give you the facility to adjust camber and caster on your front wheels to transform dynamics. Also, by replacing the squidgy rubber top mounts with solid replacements you will also transform steering precision and response.

If you are serious about high performance driving with some track use thrown in, the VWR Solid Adjustable Top Mounts really give a night-and-day difference to wheel control and geometry, and make a great upgrade to your VWR coilover suspension kit.


The front camber & caster angle on VWG cars is fixed.  For track and high-performance use, adjustment of both is highly desirable.


The VWR Solid Adjustable Top Mounts allow this geometry to be altered to transform front-end grip.


Additionally, by replacing the entire, soft rubber factory top mount with a precisely engineered, near-solid replacement, the precision of your wheel control is transformed as strut top movement is all but eliminated.


So, rather than the 'squidge' under load from the original rubber mounts, you will feel instant, precise responses with much improved feedback, yet ma

Relatively simple fitment.  Unlike many Top Mounts, these plates are a direct swap that require no cutting and are completely reversible back to standard.

Extensively proven on our Volkswagen Racing Cup cars, providing the full range of camber adjustment along with great strength in extreme race conditions.

GEOMETRY CAN BE FUN.
Our Solid Adjustable Top Mounts give you the facility to add negative camber (bringing the tops of the wheels inboard), and caster (dragging the top of the strut backwards).

Adding negative camber gives a night-and-day difference on track by keeping the wheels upright during hard cornering, avoiding excessive wear and overheat on the outside edge of tyres on-track.

As an added benefit. camber assists clearance of the tyre inside the wheel arch. Adding in negative camber ‘tucks’ the tops of the wheels inboard.
​
Dialling more caster into the car will increase the self-centering of the steering, and making it heavier as you turn into the corner. Result: more feedback and precision.